Following on from Y Combinator's Demo Day yesterday I ran an analysis on the companies that presented looking at how they made money. I looked at two factors: 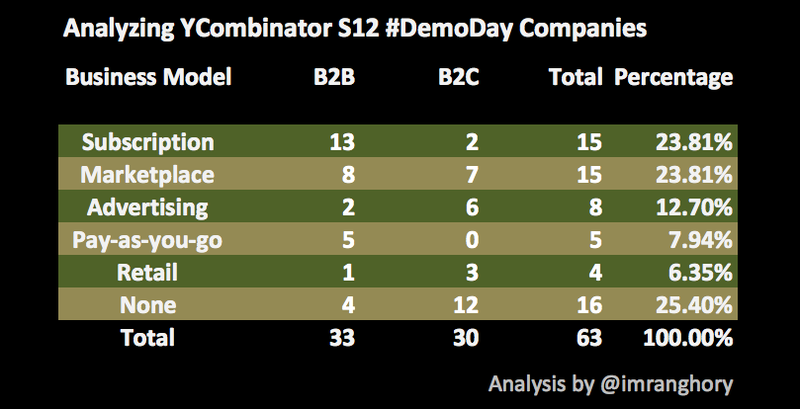 The definitions I used for classifying startups:

The split between startups targeting businesses and consumers seems to be pretty even, in an article last month I covered how AngelPad strongly prefers b2b startups; this doesn't seem to be the case with YC.

Perhaps most striking was how popular the marketplace model is; historically YC have funded relatively few marketplace startups (presumably on the basis that the differentiator between marketplaces is down to traction and marketing rather than technology). However the huge success of AirBnB and other marketplace startups (Etsy, KickStarter, etc.) in recent years has possibly made them rethink their stance.