Yesterday we launched Startup News, a new component of our site with a user-ranked list of startup-related links. We created this partly for our own use: we've now funded about a hundred people, so it doesn't work well anymore to send links around by email.

Another reason we created news.ycombinator is that there is currently nothing like it. Reddit used to have a good concentration of startup-related links, but that was because so many of Reddit's initial users were connected in some way to Y Combinator. Now that Reddit is so much more popular, the top links tend to be images, or videos, or political news.

But the most important goal of news.ycombinator was to create a place where founders and would-be founders can meet and talk.

This is the front page of Hacker News at the moment: 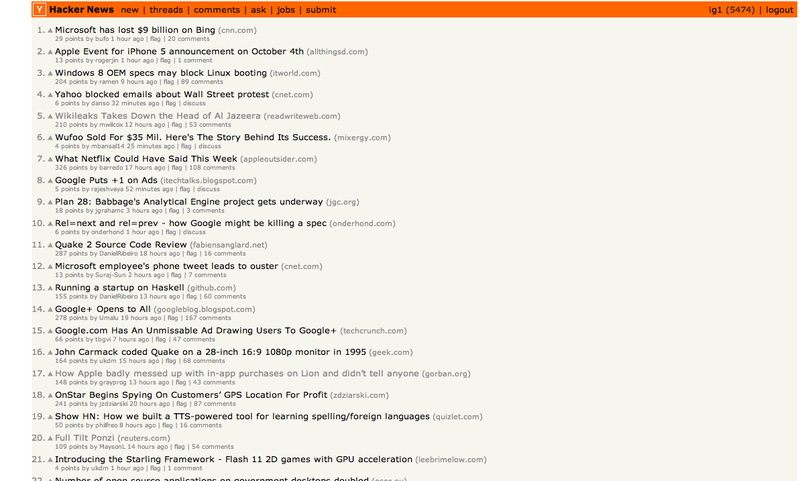 There are three stories related to startups on the front page, by comparison there are five stories about Google, three about Microsoft and three mainstream news stories.

Now look at the Startup Reddit - it's much closer to what Hacker News used to be: 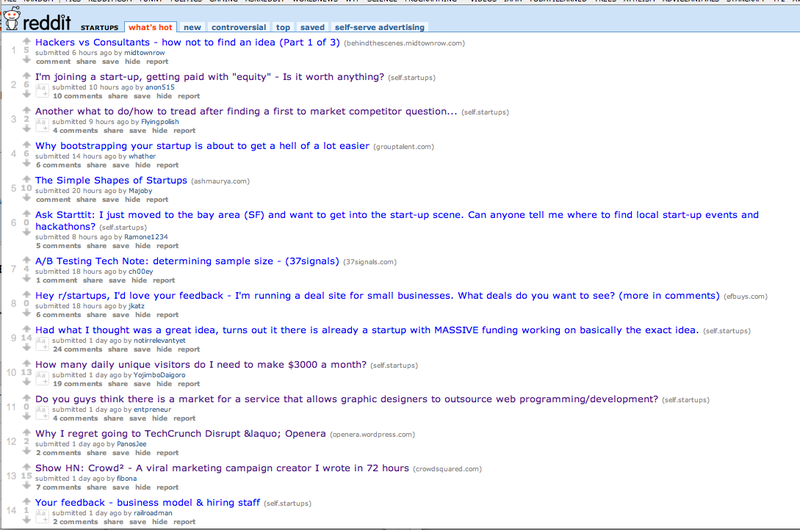 It's not that these links didn't apper on HN, a lot of them did, they were just drowned out quickly by other more mainstream stories.

Hacker News used to have a good concentration of startup-related links, but that was because so many of Hacker News's initial users were connected in some way to startups. Now that Hacker News is so much more popular, the top links tend to be general technology, or geek, or political news.