Last weekend Seedcamp ran their inaugural seedhack, a weekend hackathon style event bring together industry specialists and developers to form new startups. Seedhack was pitched as a much more "serious" event compared to similar events such as Startup Weekend and Launch48, with the aim of having real startups emerge from it.

Startup Weekend and Launch48 are much more pushed towards having fun, learning and networking. That some real startups such as Zaarly have emerged out of them has been more in the way of a bonus for these events. 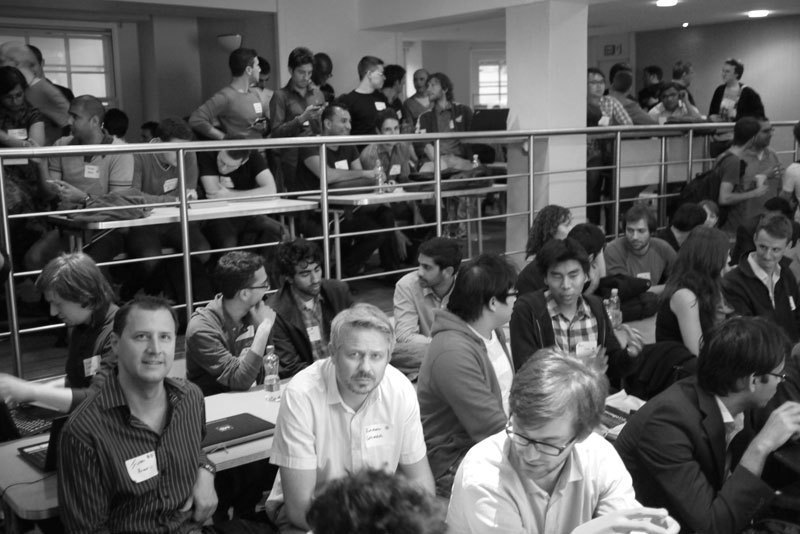 Seedhack bought in industry speakers, encouraged small team sizes and tackling of "real" problems, had paperwork to deal with ownership issues, and filtered the people attending (asking potential attendees if they were in a position to create a new startup, etc.). They also had two themes Healthcare and Big Data to help focus ideas on real problems for the weekend.

Unfortunately it doesn't seem to have worked, the products built were mostly similar to those found at any other event (apps for dating and coordinating meetups with your friends) and the follow-on rate (the number actually becoming startups) is likely to be similar.

What seedhack could have done better

The themes (healthcare and big data) were announced after most people had already signed up.  It was clear many of the attendees had little or no interest in these themes.

There was also a clear lack of inspiration when it came down to ideas for healthcare startups because there were so few people (either on the developer side or the business side) who had worked in healthcare.  It would have made much more sense to have the themes decided upfront and the event promoted it on that basis (as for example the Education themed Startup Weekends are doing). It would have produced much more "aligned" interest among the crowd and likely result in far more innovative ideas.

The theme speakers while very interesting, were probably at a bit too high level for the event. As someone asked the healthcare speakers in the Q&A "but what are the problems you want us to solve?". There were also several vague references to healthcare APIs but it would have worked much better if speakers had gone into details of the APIs. Also it would have been better if the theme speakers went before the more general technical speakers as it would have allowed the audience to be thinking about theme related ideas that could be tackled with the technologies being talked about.

The logistics of creating teams didn't work very well. Seedhack took the approach of having a forum for people to post their ideas and online voting. While the concept was sound, in practice this really didn't work with only a handful of people even voting on the forum. The flakey wifi in the room and lack of 3g signal probably made it difficult even for those who wanted to vote to do so. Team formation was done in breaks without any real co-ordination and it wasn't really clear what was going on.

Launch48 and Startup Weekend both use a similar format which works much better: Anyone who wants can standup in front of everyone and deliver their pitch, followed by a manual voting process, typically either a show of hand or by use of post-it notes. The top voted pitchers then move to separate parts of the room holding signs indicating what they pitched and attendees can go and find the teams they want to join.

In fairness L48 and SW have both run dozens of events and know from experience that online voting tends not to work (not just because of technical difficulties but offline voting also makes attendees more invested in the ideas they voted for - an important psychological aid to team building), but seedhack should draw on the expertise of these other events.

From speaking to a lot of the attendees business development and product management fundamentals was one area that many were lacking. While this was partially made up for by the mentors, it seemed many of the teams failed to ask fundamental questions such as "why is this better than the other solutions to the same problem?". While this doesn't really matter for weekend projects, if seedhack is seeking to inspire real startups out of it they should encourage participants to think about these issues.

While I don't want to seem overly harsh about seedhack especially as this was their first time running it, I do think their concept of a more serious version of L48/SW makes a lot of sense and has potential, so hopefully they'll iterate in true startup style and the next event will be closer to its mark !